From casual seating to gourmet hamburgers to vegan everything, the city’s restaurants have experienced seismic shifts in the last 15 years.

When I started this job 15 years ago, there were three kinds of Toronto restaurants: formal French, fancy Italian and cheap everything else.

Thank goodness. Here’s a look at 15 big restaurant changes in the last 15 years.

Co-owner Chris White pours a glass of wine for customers. Brothers Food & Wine is a 30-seat restaurant located above the Bay subway station.

Say goodbye to white tablecloths and silver cloches. Sharing plates are pretty much standard nowadays and casual is the new watchword. The counter seating at Brothers Food & Wine in Yorkville is both relaxed and delicious. At the comatose end of the casual continuum is Parkdale’s battered looking Tennessee Tavern.

Toronto has grown to produce a United Nations list of dining options. In one month this year, I got to try Uzbek lamb plov at Taj, Burmese curries at Royal Myanmar, Filipino noodles at Dolly’s Panciteria and Moroccan tagines at Atlas. There’s no place like home.

Back in the day, before every restaurant had an online presence, I stole menus in order to check facts. I haven’t had to do this in years — until earlier this month, when I slipped the Cheesecake Factory’s spiral-bound menu into my purse because the Canadian prices weren’t online.

Thanks to social media, all of us can now publish our dining experiences. But crowd sourcing only goes so far, I learned in February after eating mediocre food at Yelp’s top three Toronto restaurants. Naturally, I prefer rigorous reviews based on multiple meals and journalistic standards.

In 2006, I wrote about a $12 caipirinha. Soon after, craft cocktails exploded — homemade bitters, bacon-infused spirits, customized ice, etc. — and prices rose to $15 by 2010. This year, Blue Blood steakhouse inside Casa Loma set the bar higher with a $20 cocktail, pictured, served under a glass dome. Your call, Toronto.

Gratuities have similarly risen over the years, from 15 per cent when I started to the 20 per cent I recently recommended. The ensuing debate shows 88 per cent of Toronto Star readers want to abolish tipping and raise servers’ wages. Shall we take it to the legislature?

Harvesting greens from the Urban Cultivator. Awai is a plant-based restaurant, with flavours rooted in the produce found in Ontario’s fields and forests.

What used to be a fringe way of eating hit the mainstream this year. Planta in Yorkville was first to debut its plant-only menus. Next came sophisticated Awai in Bloor West Village. Vegan diner Mythology in Parkdale is the latest.

The GTA has its share of celebrity chefs. But this year when Massimo Capra opened Capra’s Kitchen in Mississauga, I found it needed work. Even more disappointing was Claudio Aprile’s Copetin. Only The Marilyn Denis Show’s Rod Bowers delivered the goods with Bunny’s.

Edison bulbs are so out. When it comes to restaurant decor, pineapples and palm fronds are the hot trend these days. Find the tropical accents at Grey Gardens, La Palma and the not-yet-reviewed Chubby’s Jamaican Kitchen.

Nomads Restobar features a subway-themed downstairs which leads to the bathrooms.

As part of the decade’s new casualness, chefs got behind fast and greasy staples like fried chicken. I found two good examples this year at Koreatown’s White Brick Kitchen, open five years, and the new Union Chicken at Sherway Gardens.

Burgers are another working-class food chefs keep trying to improve. Alo offshoot Aloette spent two months perfecting the ratio of chuck to brisket and the size of the grind. East-end bistro Gare de l’Est calls its burger “steak haché” and serves it with red wine sauce.

No longer is there such a thing as a weird ice cream flavour. Purchased vanilla ice cream is receding into the past as restaurants make their own frozen desserts. I loved the squash ice cream at Skippa sushi bar on Harbord Street for its subtle sweetness. And the gjetost version at Uncle Mikey’s is a gorgeous caramel accented by crunchy toasted buckwheat.

Thanks for joining me this year. Here’s to good eating in 2018!

How to turn your leftovers into delicious pot pie

Ring in the new year with a Plum Mistelle cocktail 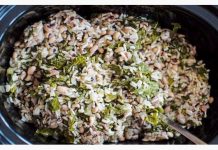 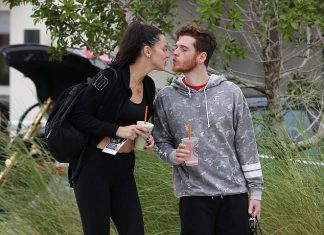 admin - October 7, 2017
0
Things are still going strong between Brazilian beauty Adriana Lima and her Turkish writer boyfriend Metin Hara, who packed on the PDA after their...

‘It’ floats away with record-breaking $117.2 million weekend