A gravely ill newborn’s pounding heart rate stabilised after his parents went to visit him in hospital on Christmas Day.

Ollie Dennan wasn’t able to move or breathe when he was born and lived in hospital for the first four months of his life.

He was born 10 weeks prematurely through an emergency caesarean section, which saw his mother Sarah Dowd, 29, lose a lot of a blood.

Doctors managed to stabilise Ollie, who was then transferred to a specialist neonatal intensive care unit where he was diagnosed with congenital myotonic dystrophy.

The rare condition causes a combination of muscle stiffness, wasting and weakness as well as respiratory and neurological problems.

As a result, he had to spend his first Christmas in hospital, accidentally dislodging his breathing tube on December 25, leading to his heart rate dropping dramatically.

Medics managed to save Ollie using chest compressions, but he continued to suffer worrying palpitations – which only lessened once his parents arrived for a visit.

Ms Dowd has spoken for the first time to highlight the condition as Ollie, now 14 months, will enjoy his first Christmas at home after spending last year’s in hospital.

Ms Dowd, of Chester, said: ‘We were told he’d been having concerning palpitations the entire time we were gone, but that they’d subsided as soon as we were near. 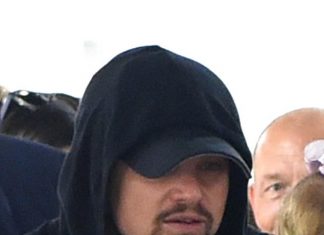 admin - December 8, 2017
0
Leonardo DiCaprio isn't opposed to a bit of bargaining.The A-lister, 43, engaged in a 45-minute negotiation over Wire, an illustration by the artist Jean-Michel...