HOW ZIKA IS TRANSMITTED

Zika is transmitted to people through the bite of infected female mosquitoes, from the Aedes aegypti mosquito and the Aedes albopictus mosquito.

These are the same mosquitoes that spreads dengue, chikungunya and yellow fever.

The Pan American Health Organization (PAHO) said Aedes aegypti mosquitoes are found in all countries in the Americas except Canada and continental Chile.

Zika will likely reach all countries and territories of the region where Aedes mosquitoes are found.

The virus can also be transmitted through sex, from either a male or female partner who has been infected.

A few cases of apparent infection via blood transfusion have been reported.

A mother can pass the virus to her unborn fetus.

Current research indicates the greatest microcephaly risk is associated with infection during the first trimester of pregnancy, but health officials have warned an impact could be seen in later weeks.

Several teams have already traced the virus circulating in Brazil and elsewhere in South America to a strain of Zika that had been quietly circulating in Southeast Asia for decades.

In the new study, published in Science, Ling Yuan of the Chinese Academy of Sciences and colleagues compared genetic changes in samples of the South American virus with one isolated in 2010 in Cambodia.

They created seven sample viruses, each with a single genetic difference from the Cambodian strain, and tested these in brains of fetal mice.

Although the viruses caused some degree of damage in all, those infected with a virus that carried a single mutation in a structural protein called prM developed severe microcephaly. That strain also proved more lethal to fetal brain cells.

The team estimates the genetic change occurred in May 2013, just before a French Polynesian outbreak of Zika in which the first cases of microcephaly and Guillain-Barre, a rare neurological disorder, were noted.

‘Our findings offer an explanation for the unexpected causal link of Zika to microcephaly, and will help understand how Zika evolved from an innocuous mosquito-borne virus to a congenital pathogen with global impact,’ Yuan and colleagues wrote.

One study author, Dr. Pei-Yong Shi of the University of Texas Medical Branch in Galveston, Texas, said other mutations also fueled the explosive epidemic, including one he and others reported on in May in the journal Nature that enhanced Zika’s ability to infect Aedes aegypti mosquitoes, which carry the virus.

Last November, WHO pronounced Zika no longer an international emergency, but stressed that the virus, found in at least 60 countries, will keep spreading where mosquitoes that carry Zika are present.

THE DANGERS OF THE ZIKA VIRUS

The CDC concluded that infection with the Zika virus in pregnant women is a cause of the birth defect microcephaly.

Microcephaly is a condition defined by unusually small heads that can result in developmental problems, and other severe brain abnormalities in babies.

The CDC said that since the causal relationship had been established, several important questions must still be answered with studies that could take years.

The World Health Organization in an updated assessment said the ‘most likely explanation’ is that Zika virus infection during pregnancy is a cause of congenital brain abnormalities including microcephaly.

It is investigating more than 3,030 suspected cases of microcephaly. 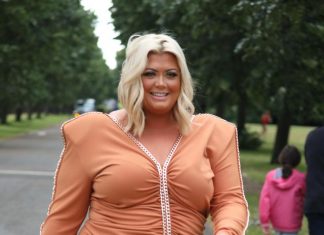 admin - July 20, 2017
0
GEMMA Highball made sure all eyes were on her as she accompanied the ITV Summer Party on Thursday nightfall. The 36-year-old opted for a freaky...

‘Pregnant’ Kirsten Dunst covers her ‘bump’ as she enjoys a festive...