Angellica Bell has been named the Celebrity MasterChef champion for 2017, beating Ulrika Jonsson and Dev Griffin in the nail-biting finale.

The TV presenter, 41, has said there are no hard feelings from her husband Michael Underwood – who reached the final of the show in 2012 but did not win – and that he is ‘so proud’ of her achievement.

Bell wowed judges John Torode and Gregg Wallace with her three-course meal of a Camembert, fig and onion tart followed by a pan-fried halibut and prawns, and a pear Bourdaloue for dessert. 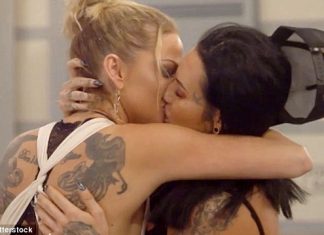 admin - August 15, 2017
0
They have had a fractious relationship during their time in the Celebrity Big Brother House.But Sarah Harding and Jemma Lucy appeared to have found...