A 97-year-old British woman has become the oldest person to ever be struck down with chickenpox, claim doctors.

The unnamed patient, from London, had already battled the contagious bug as a child before contracting it again nine decades later.

The NHS states it’s ‘extremely rare’ for someone to be struck with it twice because most adults go on to develop shingles – when the dormant virus is reactivated.

Medics who treated the woman, who later died of a complication, at the Princess Royal University Hospital broke the news in the BMJ Case Reports.

They assumed she was too old to have chickenpox – despite having the tell-tale rash that is associated with the usually harmless virus. 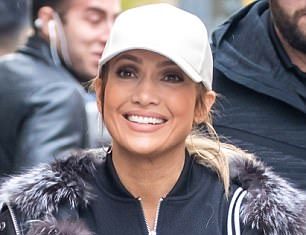 admin - October 27, 2017
0
Jennifer Lopez looked to be in a good mood on Thursday as she filmed her new movie Second Act in Brooklyn.Also on set was...

Boris Johnson says Brexit will not be affected by Angela Merkel’s...