The cast of the first film have been busy filming Mamma Mia: Here We Go Again! in Croatia in recent weeks.

And original cast-member Colin Firth finally joined the project on Sunday, as he was spotted enjoying lunch in the sun-soaked location with Pierce Brosnan, his wife Keely Shaye Smith, and a number of other co-stars.

The British actor, 57, was seen happily greeting the James Bond star, 64, and drew his wife in for a hug, after travelling to the island of Vis to reprise his role of Harry Bright in the sequel. 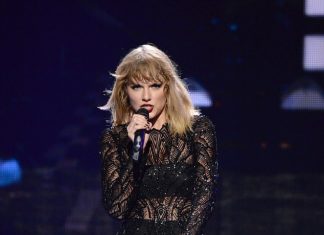 admin - August 26, 2017
0
Taylor Swift has given an unlikely credit to a 90s pop band on her comeback song Look What You Made Me Do, even sending...

Shannen Doherty shows off her matching curls with her husband after...