A baby girl born with several rare syndromes ‘never seen in one patient’ will need surgery every six months until she is 18 years old.

Eight-month-old Zoey Tidwell, from Saucier in Mississippi, battles an array of complications including undergrown facial bones, a large cleft palate and breathing difficulties just to name a few.

Zoey has no bones around her eye sockets, with her jaw also missing chunks of bone, leaving her unable to eat or learn to talk.

The youngster, who suffers from Treacher Collins Syndrome (TCS), as well as other conditions, had her first operation at just five months old and requires a tube to feed her directly into her stomach.

Zoey’s mother Megan, 27, who also has TCS, said: ‘Despite her problems, she’s an angel. Zoey is my little fighter, even at such a young age, she is incredibly resilient and has changed my life.

‘Without the surgeries her outlook is pretty bleak, and her quality of life will not be great, it’s extremely important that she learns to eat, talk and act like everyone else.’

Megan is speaking out to raise awareness of Zoey’s conditions, as well as to raise money to fund their weekly hospital visits. 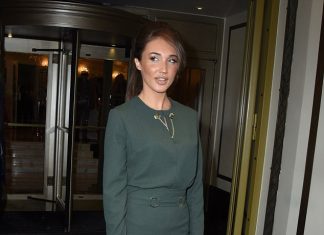 ‘Our relationship now is just better than it could ever be’:...

admin - September 6, 2017
0
They suffered a famously rocky relationship, which was widely documented on The Only Way Is Essex.And Megan McKenna, 24, has revealed that she and...

Love Island’s Mike Thalassitis ‘gutted’ he doesn’t own the rights to...