During World War II, Henry Beecher, an American anaesthetist, made an extraordinary discovery.

Many of the soldiers he treated had suffered horrific injuries. He knew these injuries would be agonising, and quickly arranged for the soldiers to be triaged on the severity of their wounds so that those with the worst injuries could be given analgesia first.

But he began to notice something very strange. Over half the soldiers reported little or no pain, despite severe wounds, and didn’t request any pain relief. Pain management simply wasn’t the priority, and Beecher couldn’t understand why it wasn’t.

The men were not in shock and were still able to feel pain. In fact, Beecher noted that they complained about the intravenous lines in their arms just as much as other patients. 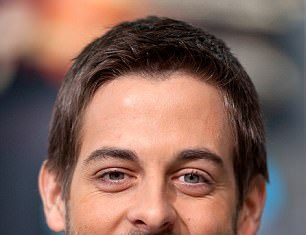 ‘Jazz is being taken advantage of as part of a larger...

admin - November 12, 2017
0
Derick Dillard is not backing down - or using proper pronouns.The 28-year-old husband of Jill Duggar on Thursday engaged in a prolonged discussion with...

‘She doesn’t even realise how amazing she is’: Strictly’s Kevin Clifton...