A former inmate of the Iranian prison where British mum Nazanin Zaghari-Ratcliffe is being held has described it as a "black hole of human-made evil" where women are regularly tortured.

The harrowing account came as the Foreign Office tweeted in defence of Mrs Zaghari-Ratcliffe after being pressured to do so by the Brit’s family. 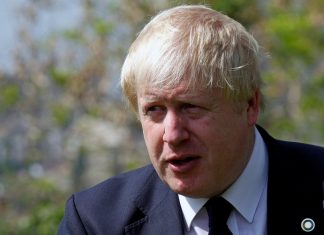 Boris Johnson will visit Iran this weekend to plead for the...

admin - December 7, 2017
0
BORIS JOHNSON is set to visit Iran this weekend to plead for the release of jailed British mum Nazanin Zaghari-Ratcliffe. The Foreign Secretary has accused...