Val Kilmer has opened up about his two-year battle with throat cancer saying he was ‘too serious’ prior to his diagnosis and that he did undergo chemotherapy despite being a Christian Scientist.

The Grammy nominee, who turns 58 on New Year’s Eve, spoke of his cancer treatment while posing with his two children, Jack and Mercedes, for THR’s Hollywood Legacies issue.

Kilmer underwent a tracheostomy that left him with a worryingly raspy voice and shortness of breath as part of his treatment. 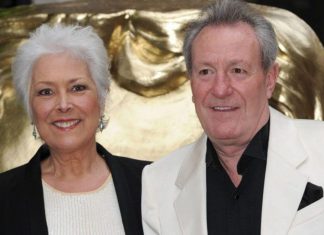 Lynda Bellingham’s widower Michael Pattemore says she left him £50,000 of...