// It can be interesting – Original Apple Iphone //

Emma Dent Coad promoted a message which joked the PM is growing “uglier and uglier” during her time in office.

The Twitter post compared Mrs May to Jeremy Corbyn and claimed that the Labour leader is better-looking because of his left-wing policies.

Under a photo of the Prime Minister, it says: “If a person has ugly thoughts, it begins to show on the face.

“And when that person has ugly thoughts every day, every week, every year, the face gets uglier and uglier until you can hardly bear to look at it.” 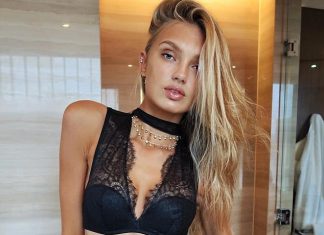 admin - November 19, 2017
0
Models have flocked to Shanghai to walk the annual Victoria's Secret Fashion Show when it is held in the city on Monday.And over the...