Jason Momoa said negative reviews of Justice League ‘kind of bummed me out’ and defended the superheroes movie.

The 38-year-old actor plays Aquaman in the new Warner Bros Film based on the DC Comics superhero team that was released on Friday.

‘I try to stay the f*** away from what people say. Some of my friends said, ”Justice League isn’t doing well” and it kind of bummed me out,’ Momoa told Entertainment Weekly in an article on Monday. 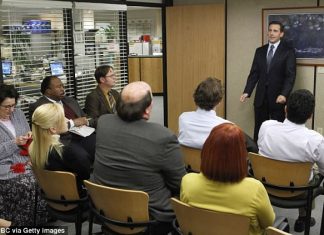 Back to work! NBC rumored to be reviving cherished comedy The...

admin - December 19, 2017
0
Some of your favorite co-workers may be returning to television screens.The NBC network is in early discussions to revive the classic comedy show The...