During and after pregnancy a woman’s ‘fight or flight’ stress mechanism is normally weakened, helping to insulate developing offspring.

Now researchers from Tufts University in Massachusetts believe that the imbalance of the HPA axis plays a significant role in postpartum depression.

Researchers conducted a study on mice to find the connections between postpartum depression and a deficit of the brain protein, KCC2.

The study investigated the specific role of the protein in regulating the HPA axis during and after pregnancy in mice.

Professor Dr Jamie Maguire said: ‘Using a mouse model that we developed, our new study provides the first empirical evidence supporting the clinical observations of HPA axis dysfunction in patients with postpartum depression and shows for the first time that dysregulation of the HPA axis and a specific protein in the brain, KCC2, can be enough to induce postpartum depression-like behaviors and deficits in maternal care.’

Prior research has not directly demonstrated a role for corticotropin-releasing hormone (CRH), the main driver of the stress response.

The results published in the journal Psychoneuroendocrinology show that KCC2 helps regulate the corticotropin hormone.

WHAT IS POSTPARTUM DEPRESSION?

Postpartum or postnatal depression is depression that occurs in mothers after giving birth – often called the baby blues.

Symptoms might include insomnia, loss of appetite, intense irritability, and difficulty bonding with the baby.

But thousands don’t get the support they need, and suicide is the leading cause of death in expectant and new mothers.

Many women do not realize they have postpartum depression because it can develop gradually and often goes undetected and untreated.

Postpartum depression, the most common complication of bearing a child, affects one in nine women, US health officials say.

First author Dr Laverne Camille Melón, said: ‘Pregnancy obviously involves great changes to a woman’s body, but we’re only now beginning to understand the significant unseen adaptations occurring at the neurochemical and circuitry level that may be important to maintaining mental health and maternal behavior in the first few weeks to months following delivery.’

Postpartum depression is depression that occurs in mothers after giving birth with symptoms including insomnia, loss of appetite, intense irritability and difficulty bonding with the baby.

It is the most-common complication of bearing a child, affecting one in nine women.

‘By uncovering the role for stability of KCC2 in the regulation of CRH neurons, the postpartum stress axis, and maternal behaviour, we hope we have identified a potential molecular target for the development of a new class of compounds that are more effective for women suffering from postpartum depression and anxiety,’ said Dr Melón.

However she does not believe that the HPA axis dysfunction is the only pathological mechanism at work.

She added: ‘The mechanisms underlying one woman’s postpartum depression may differ from another’s.’

Dr Maguire said: ‘There is much more we need to learn, but we believe our model will be useful for testing novel therapeutic compounds for postpartum depression.

‘Such studies could also be relevant to other conditions in which KCC2 deficits are implicated, such as epilepsy, chronic pain and autism, and to other stress and anxiety related disorders.’ 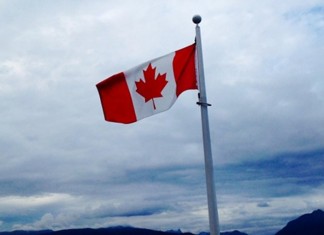 admin - October 31, 2016
0
Canada's banneret By Patrick Lbj The term ‘nanotechnology’ entered into the general vernacular fully suddenly sorrounding the turn of the 100, right some the same...