What was the first study?

The first study, conducted by two researchers at the University of Cincinnati, looked at the effects of parenting on Government data from 2012.

They found children between 12 and 17 are significantly more likely to be suicidal if their parents showed little signs of caring about them.

Professor Keith King, lead author, said: ‘Kids need to know that someone’s got their back, and unfortunately, many of them do not.

‘Tell them [children] you’re proud of them, that they did a good job, get involved with them, and help them with their homework.’

He worked alongside Professor Rebecca Vidourek for the study, which found 12 and 13 year olds are most negatively affected by poor parenting.

What did they find?

Children in that age group with parents who never or rarely told them they were proud of them were nearly five times more likely to have suicidal thoughts.

Psychotherapist Philippa Perry said that parents who are too strict create an atmosphere ‘whereby the child does not feel safe telling the truth’.

Controversially she said all lies are co-created and by not allowing a situation where children can tell the truth, parents can only blame themselves if they find out they have been deceived.

Her comments are supported by research from Canadian psychologist Victoria Talwar who developed an experiment to measure children’s lies.

Dr Talwar chose two schools in West Africa, one with relaxed rules and one very punitive school, to take part in her so-called ‘Peeping Game’.

Dr Talwar found in the more relaxed school some of the children lied and some told the truth, roughly on a par with results she had seen in Western schools.

In contrast, 16 and 17 year olds were shown to be three times more likely to have similar thoughts, the researchers found.

Similarly, children of this age with parents who rarely told them they did a good job or helped them with their homework were at excessively high risk for suicide.

The findings, described as a ‘major problem’, were presented at the 2017 American Public Health Association Conference.

What was the second study?

The second research trial, by scientists at the Federal University of São Paulo, Brazil, surveyed 6,381 children between 11 and 15 across six cities.

It revealed that eagle-eyed parents who require their children to follow strict rules are protecting them from a lifetime of dangerous drugs.

Endeavoring to know where they are, who they are with and what they are doing slashes the risk of alcohol and other substance abuse.

The findings, led by Professor Zila Sanchez, were published in the journal Drug and Alcohol Dependence. 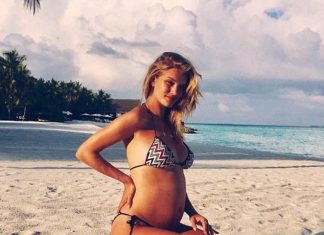