The most premature baby ever born is defying doctors’ expectations with her incredibly strong health three years on, according to a new medical report on the unprecedented case.

Her mother Courtney Stensrud, now 35, had been hospitalized with a common placental infection and ruptured membranes at just three months pregnant, and was told she had to deliver immediately to avoid losing the baby.

Lying in the maternity ward, Stensrud remembers frantically searching on her phone for examples of any other babies born at 21 weeks, to no avail.

But now, against all odds, the little girl who weighed just 15 ounces at birth is thriving, attending pre-school, has no medical conditions, and is scoring just as well on developmental tests as any other child her age.

The report on this case comes just days after new data from The March of Dimes revealed that the premature birth rate in the US has increased for the second year in a row following nearly a decade of decline. 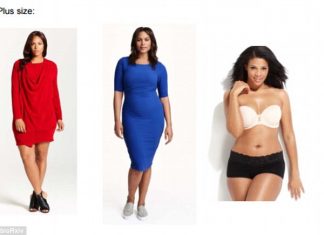 Just 15 minutes of looking at pictures of skinny women is...

admin - September 2, 2017
0
Looking at images of skinny women for just 15 minutes is all it takes to change a man's taste, researchers have found.The findings, based...