Emma Roberts is known for being a carefree gal with edgy flair.

On Wednesday, the 27-year-old actress was spotted stepping out for a cigarette break while donning a casual grungy look in ’90s style mom jeans in Los Angeles.

The star’s hair was slicked back in a messy but chic style, and she appeared calm and cool as she smoked while chatting with a friend. 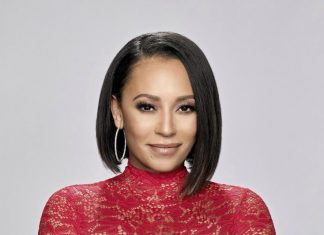