Paul Hollywood reportedly had a secret date with a barmaid 30 years younger than him at a swanky hotel in London.

The Great British Bake Off judge, 51, allegedly went for dinner and drinks with Summer Monteys-Fullham at The Dorchester after splitting from his wife of 20 years, Alexandra.

The pair met earlier this year at Paul’s local pub where he organised Alexandra’s birthday party and have struck up a close bond despite the 29-year age gap, sources claimed. 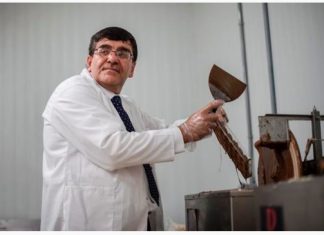