For my fourth-grade science fair project, I tested different soaps to see which ones were the most effective at keeping my hands clean.

Now, nearly 20 years later as a microbiology doctoral candidate, I can’t help but think, ‘Ugh, the fourth-grade me was such an amateur scientist!’

My experiment lacked obvious control groups and ultimately asked the wrong question. Instead of asking which brand of soap was the most ‘effective’ and classifying all bacteria as germs, I should have been investigating how to prevent the growth and spread of specific disease-causing bacteria, or pathogens.

This question is difficult to answer. You can’t tell by eye which bacteria growing within a petri dish are the ‘good guys’ versus ones that cause disease, and some pathogenic microbes, like viruses, can’t be detected within agar petri dishes.

Nevertheless, with the upcoming holiday travels, asking how to prevent the spread of disease-causing pathogens isn’t just for aspiring microbiologists but a great question for everyone.

Do we really stand a chance of keeping our hands clean from germs? 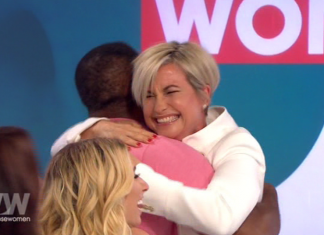 admin - July 19, 2017
0
EMMA Forbes couldn’t obliterate her delight as she was surprised with a chat from her former Live & Motion co-host Andi Peters breathing on...